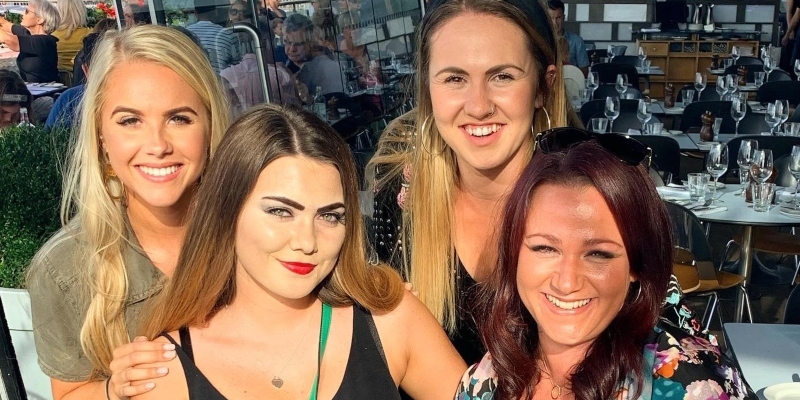 How Companies Can Attract And Retain Women In Tech: In Their Own Words

Hiring and retaining women to work in the software industry presents a unique challenge for employers; a challenge so sizeable, that a lot of the businesses I speak with are unsure of how to tackle. Despite historical and significant cooperation for computer science, women are still struggling to feel welcome in this fast-growing industry. Many women that chose the career initially are choosing to leave the industry within the first 3 years, some even by-passing the industry completely.

However, employers who invest in hiring and retaining women in technical careers can reap significant rewards.

Not only does having more women in the workplace improve social inclusion, but it also leads to producing better products for everyone, something I feel is essential to any tech business. Diversity of thought even creates better problem solving and increases the growth of the global economy. The inclusion of women in the workforce can drive GDP growth. “Gender parity in the workplace is not just an ethical or moral issue, but also an economic one: McKinsey found that $12 trillion could be added to global GDP by 2025 by advancing women’s equality,” says Emma Tracey, Co-Founder at Honeypot.

I decided to reach out to my network of wonderful Women In Tech to get their own thoughts on "What must a company do to attract female developers?" and "Are there any things that stand out for you when deciding to join a new business as a Woman in Tech?

Sonia Casas, an iOS Developer based in Spain told me that 'seeing a woman in a leadership role within a company, makes me feel more attracted to join that company.'

Linea Katrine Wesnaes, a Frontend Developer from Denmark told me that 'the social aspect of the job is very important. Both when I'm working with my coworkers but also after work. It's important to me that the people I work with are nice and that we all enjoy eating lunch, going to the bar on Friday or even hanging out after work! It's important for me to not only have coworkers but that they are also my friends. This is very rare and hard to find in companies.'

For Veronika Machackova, a frontend developer, originally from the Czech Republic, it was more about 'looking for the opportunities to grow, for the projects they are working on, stack they are using. Of course, I'd love to get some extras, for example, a pension, bonus for meeting the deadline, cooked lunch, tickets to conferences, team-building exercises. I like to have some flexibility in my workplace, especially now, when I have school and two jobs, so sometimes it helps if I can work from home in the evening instead of being in the office during normal hours. And of course, the salary makes a big difference.'

Maria Marcano tells me she enjoys working 'on building a diverse team, having a good company culture and work environment and nice colleagues, it promotes teamwork.

Nasim Salehi said one of the 'big issues that I faced in my current company was that the company compares me with all the other girls in the office in the matter of salary instead of other developers(they all are boys). So that would be good if they consider women as a developer, not just a girl! Also, girls are negotiating for salaries way less than boys. So this approach that hiring a girl would cost less for a company is not nice. Sooner or later they will find out that the company is paying boys more than a girl in the same position. Trusting girls as team leaders would be an attraction for a company.'

Sara's thoughts were that "we (WIT) are a minority, which is a little bit sad. We have a lot to contribute to the development team. I think most of the women are, or eventually will become mothers. From that aspect is really important that you have a flexible schedule. Sometimes you have to go early because your daughter has gymnastics. The next day your son will have a meltdown in the morning and you'll be late at work. It's really nice if you have a boss who understands the struggles of maternity. I'm a single mum of two and that's the thing I appreciate the most. The next thing I noticed by my female colleagues is, that they are afraid they will be underestimated. I don't remember any case where I would be bullied by the developer because I'm a female. But I had lots of problems with rivalry with female colleagues. To sum up, less fear of male developers and more support between us, female developers. Maybe it's really trivial, but I appreciate it if I can openly talk with HR or boss about work-related problems. Rather is that some organization suggestion or problem with a coworker which you don't know how to solve. We are still women after all. Usually, we are a little bit more sensitive than our male colleagues and sometimes we notice things that they not.'

Mariana Alberto 'came from a country where I was always the only woman as a developer and we were undervalued there. We had no opportunities to grow inside the company and no one believed I could do the same job as any man. It was a big difference when I had my first interview in Sweden. Here I am seen as an equal and people actually think I can bring something more to the teams. When I go to interviews it is good to know that there are more women in the teams for example, really good when we see a woman as a manager and of course the most important is to be treated as an equal, that man when they interview me don't look down on me and they show we have interesting experiences.'

Edita Gudan thinks 'it's most important to have a clear path to promotion. Mostly, companies are a bit afraid to hire or promote the women as they can go on maternity leave and there is a stereotype as women are not so talented in tech.'

Lynn says that she's not sure if it applies to all women who have already joined a male-dominated career, but I highly value that my workplace is part of a "soft" industry. By that, I mean something that values people, communication, environment or creative arts and entertainment. Banking, shipping or mega tech corporations are less attractive destinations for me. To me, it is way more appealing to work for a small people-oriented business rather than a large and corporate mega tech firm with a lot of competition between co-workers. I expect my co-workers to flexible and open-minded people, not stuck with "how it's always been and thus always will be", but I guess that has more to do with my generation/age than with my gender. Security is awesome in any job situation, but startups are often way more interesting and "soft" in their hierarchical structure. I may change my mind in the future - as I'm still very young and new to the tech job market - but I doubt it.'

The biggest takeaways for me from having these conversations with these awesome women were that above all they just wanted to be treated as equals and to be respected. Some wish for flexibility around children and family and others wish for support in an educative and thriving work environment.

What are you doing right now, as a business to attract and retain Women In Tech? What would you need to see from your current company as a Woman In Tech?